Complementing my interviews, today’s Author Spotlight, the four hundred and eighth, is of fantasy, flash fiction author and essayist Josh Bertetta. If you would like to take part in an author spotlight, take a look at author-spotlights. 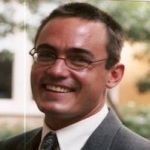 After hearing the Vice President of Academic Affairs told him a long-term full time teaching contract was not in his foreseeable future, Josh Bertetta’s wife suggested he take the extra time to write. Having never considered the idea previously, Josh did. That was in 2011. And since then he has not stopped. He began with fantasy, then moved on to writing essays on his areas of interest, and has moved into flash fiction.

Holding a Ph.D. in Mythological Studies with a degree emphasis in depth psychology from Pacifica Graduate Institute, he currently teaches as an adjunct faculty member in Religious Studies at a private university in central Texas. When not teaching, he is the father of three boys ages 7-16, and when he is not being dad, he is writing.

And now from the author himself:

My wife’s advice was like a lightning rod. I took some books of my shelves and began to take some notes. I was up all night taking notes, sketching ideas, and eventually scenes, amazed as a story began to emerge and by the time I went to bed in the wee morning, I, for all intents and purposes, had a trilogy before my eyes.

So I wrote and wrote and wrote that summer. While I shorthand it as fantasy, The Story of the Four, I might also call it alternative historical fantasy. Consisting of four central protagonists from various regions of a vast world where gods and angels, demons and other dark things are as real as the sky is blue, the first volume tells the stories of four young adults who know nothing of one another, who know nothing about the evil that threatens to destroy the world. One by one the cosmos will weave these four disparate lives together and they will find themselves confronted with the seemingly impossible: to save the world.

But there is more, much more to The Story of the Four aside from being an exciting action-adventure story: international in scope, at its heart it draws upon various cultural, spiritual, and mythological traditions and reshapes them in a way to speak to the longings of young adults who seek deeper connections with themselves and others and a more a profound meaning in life than what our modern society currently provides.

Once I completed my novel, I began, at the suggestion of a friend, a blog to showcase my writing by posting excerpts. And oh boy, did I get into blogging, for in addition to establishing a strong base of readership, I found that blogging provided me with an excellent avenue by which to write about my areas of interest in mythology, religion/spirituality, and culture. While a scholar of religions, I was never one to enjoy the process of writing for scholarly journals. Though I love to read scholarly works, I find the writing process a bit dry and impersonal. Not so with blogging I would discover.

Scholarly writing, I feel, can often be not only dry, but too heady and too disconnected from personal experience. Religion and spirituality, however, are transformative by nature and in writing essays on such, I bring that scholarly side of myself down to earth as it were, to try to connect with my readers on a personal level. I think my readers, who daily consist of people from every continent save Antarctica, appreciate. In addition to writing, I have also posted lectures, including the power points, from my Introduction to Religions of the World course. So if someone wants to “enroll” in a college course and learn about religion, they can do so for free through my blog or on you-tube.

As I sat around seeking a literary agent for my novel, I happened upon flash fiction, or short short stories, usually no more than 360 words. I found various blogs that hosted flash fiction writing contests in August 2014 and contribute to various contests weekly. Since then I have placed first seven times, in addition to several runner ups. What I like about flash fiction is its spontaneous nature. You are given a prompt, whether a line of text from, say, the Bible, or a photo. Then you submit within a given timeframe. So there’s an urgency to writing flash fiction. And it’s totally open ended. You can write virtually whatever you want as long is the prompt is applied. Based on the myriad of comments I have received on my writing of flash, I think what readers most like is my willingness to play with the genre, my willingness to take risks with my writing, and my use of the genre to touch upon modern social issues and problems—to make a poignant statement.

After becoming a recognized name in the flash contests I wrote for, I was invited by an on-line community called FlashDogs to contribute three stories to an upcoming anthology. Released in December 2014, this would be my first published work and since then, I have been invited to contribute four more stories in a second volume scheduled for publication this summer.

Through it all I continued to seek agents until, after some synchronic experiences and lots of reflection, I decided to self-publish my novel. But to test the waters and get a little experience in the process of self-publication, I have decided to put out my flash fiction and short stories first in a collection titled Flash in a Panic, which I am in the process of finalizing.

All in all I have come to see, understand, and experience the mythic process of writing—whatever I may be writing. Writing for me is primarily about the process (“write” is a verb after all). It is about making meaning, whatever that meaning may be. Modern society tells us myth means “lie.” That is so not the case. Myth, as mentioned, means “story” and we human beings, as much as we might like facts, are, by nature, story-tellers. We tell stories, whatever form that might take. In other words, we are myth-makers.

You can find more about Josh and his writing via…

If you would like to take part in an author spotlight, take a look at opportunities-on-this-blog (the spotlights are option (a)) or email me for details.

You can sign up to receive these blog posts daily or weekly so you don’t miss anything (see this blog’s right-hand side bar).

You can contact me and find me on the internet, view my books (including my debut novel The Serial Dater’s Shopping List, various short story collections and writer’s block workbooks) and If you like this blog, you can help me keep it running by donating. Thank you.

For anyone looking for an editor, do take a look at Editing and Critique.

If you would like to send me a book review of another author’s books or like your book reviewed (short stories, contemporary crime / women’s novels or writing guides), see book-reviews for the guidelines. Other options listed on opportunities-on-this-blog. And I post writing exercises every weekday on four online writing groups.

© Morgen Bailey and Bailey's Writing Tips, 2011-2019. Unauthorised use and/or duplication of this material without express and written permission from this blog’s author and/or owner is strictly prohibited. Excerpts and links may be used, provided that full and clear credit is given to Morgen Bailey and/or Bailey's Writing Tips with appropriate and specific direction to the original content. All guest content remains the property of the appropriate author - any reproduction is strictly prohibited without their prior written approval.
Loading Comments...
Comment
×
%d bloggers like this: