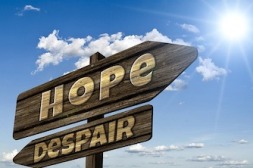 Hello everyone. This month I received 23 entries from 15 authors. One was disqualified for only being 46 words and two others for being 99 words (a ‘–’ dash doesn’t count as a word and the other just appeared to be a word short) which were a shame as they were great stories. There were a handful that didn’t appear to have anything to do with the theme (a sign of hope), which was a shame especially as one was particularly unusual.

The winning stories are ones that I reacted most favourably to. They were clever, surprising, eek-making (in a good way), or gave me a warm fuzzy feeling (without being sickly). There were, unfortunately, a couple that I got to the end of (twice) and went “Huh?” As authors, we know what we mean by something but it can be difficult to convey it to the reader (especially if showing rather than telling). I’d recommend letting someone else look at your stories before you submit them to get their feedback – you don’t want a “Huh?” It’s a shame because they had such potential, and more importantly were the only submissions by those authors so they missed out on being placed when they could have submitted two more stories for consideration.

You may have chosen a different order or indeed not placed one or more of them so if you entered and didn’t find your story / stories here, don’t lose heart. You probably only just missed out (there were originally eight highly commended then I whittled down to the maximum three) so do enter new stories this month*, next month, whenever you like (but not in advance!). It’s an ongoing competition and free, so you could win at any time. There were new and familiar names this month so anyone could win… it’s all dependent upon whether your story grabs me, for whatever reason (whether it be clever, funny, unusual, quirky, or sweet).

A new recent feature… there are some ‘Honourable Mentions’. They don’t win anything but they were so close to being Highly Commended that I wanted them to know how close they came. It’s still something for them to put on their CVs.

*The theme for January is ‘sweater’ – to be interpreted however you wish – and you can submit your entries (and do send three for a better chance of one of them being successful) at any time up to midnight (UK time) on Wednesday 31st January.

So without further ado, below are the successful entries this month.

Every day I stare at the little red Acer tree in our garden and whisper to nature, ‘Please don’t let it die’.

My children think me mad with grief. My brain, several times an hour, forgets the current situation.

My eyes go to a closed door and I fully expect to see him come bumbling through.

I’m constantly waiting for the final note in a melody that never sounds. How long before I stop looking?

So I look at the Acer instead, the last thing he planted. This morning, fresh scarlet leaves have unfurled and I remember how to smile.

“It’s a sign of hope that we have decided to change the name of our town to ‘Sweetness’ don’t you think? It’s much nicer than Grimsbury, to be sure.”

“It’s going to cost a lot, much will have to be altered; memories manipulated, facts distorted, village births and deaths records amended, newspapers restricted. Oh dear, the more I think about it the more I worry. It’s all too onerous to bear. The FBI may start sniffing around.”

“Relax, Mayor, our secret is safe. We’re all complicit, we all know where the bodies are buried, and no-one is going to tell.”

It was Robert’s mother who took delivery of the telegram. She came and told me the news. Just like that, our future together was wiped out.

A few days later, I received a letter from him. His final correspondence: He had stumbled through acres of grey mud and battlefield smoke, into a grove of trees miraculously untouched by the artillery; an Arcadian sanctuary of lush green grass and wild flowers.

I put the letter in a box with some keepsakes. I haven’t looked at it since.

If you’ve enjoyed these stories and / or just want to leave a comment, please do so below and / or you can email me at morgen@morgenbailey.com., although I won’t (can’t) discuss forthcoming entries unless it’s a general query.