Hello everyone and welcome to the forty-second month of this competition. Last month I received 33 entries from 17 authors for the theme of ‘hard times’. NB You can all send in three stories for a better chance of being picked. It was an interesting batch with different levels of hardship, some very tongue in cheeks, others picking the same plot but told very differently, another had a clever layout.

Four were disqualified for only being 99 words. They all arrived as 100 but sadly there was a rogue full stop in one which Word counted as a word so when removed, the story was one word short. Another had an ‘any more’ (quantity) that should have been ‘anymore’ (time). The others had two words that should have been hyphenated as preceding a noun (e.g. ‘a well-known celebrity’ rather than ‘the celebrity was well known’. I know that’s not the worst mistake but I have to be fair to everyone and there were other stories that correctly contained hyphenated adjectives so this one had to be disqualified.

Another was disqualified for only being 98 because in that one there were two sets of pre-noun words that should have been hyphenated. Fortunately all but one of the authors had sent in other stories, and in each case, another was my preferred, so no harm done. Sadly, one author had only sent in two stories and both were disqualified. It’s always worth submitting the maximum of three.

One story lost a (brownie) point for a spelling mistake. It’s easily done but there are different spellings and meanings of the word “draw” (vs. drawer). ‘draw’ is a verb, as in to paint something or to bring, as in to draw attention to something, whereas the noun for a storage section in a desk is a drawer. Not something to be disqualified for but a common error I’ve found. Ditto an error in one of the titles (Higns instead of Highs) which would have come up in the spell check. Again, the author had submitted two other stories, one of which I liked equally so that went through to the next round.

The winning stories are ones that I reacted most favourably to. They were clever, surprising, eek-making (in a good way),or gave me a warm fuzzy feeling (without being sickly). Sometimes a story beats another because it has a strong link to the theme so it’s worth writing a story to the theme rather than tweaking a story you already have to loosely fit it.

*The theme for March is ‘turn down’ and you can submit your entries (and do send three) at any time up to midnight (UK time) on Sunday 31st March. Details and entry forms on https://morgenbailey.wordpress.com/100-word-free-monthly-competition. The 2020 themes are now there too!

So without further ado, below are the successful entries this month.

Richard Comerford with ‘Meeting the Doctor’ 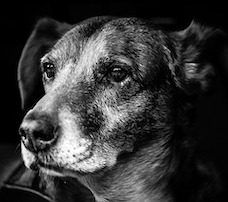 The door slid back and we survivors of the journey gulped in mouthfuls of clean cold air.

A soldier grabbed my arm and dragged me onto the platform. Dogs barked.

I tried not to limp.

We were pushed, one by one, before a slight man in a dark green uniform, polished boots, Death’s Head cap. When it was my turn, he studied me closely.

He knew my leg hurt.

He sneered, jerked his head to the left.

Barbed wire lined the path. A soldier told us to undress.

Judith kneels on the Victorian grey flagstones, with only a wire brush, soap and bare hands to scrub out her sins, waiting for her water to break. Where are her parents, the public, the pious administrations? Too busy pitching the first stones, polishing their sermons into daggers.

Judith cradles her newborn, his lungs shrieking for air. She bathes him with tears, her final farewell, then watches the young married couple hurry him away.

Fifty years later his letter arrives, words warm and forgiving like the scent of pressed linen, but she hears only his screams endlessly repeating throughout her history.

Jody Kish with ‘Home on the Road’

Ridiculed by assumptions – it hadn’t been a choice.

But we were alive. That’s what mattered.

He drew a little house with curtains on the window’s fog. Water droplets trickled down.

The moon was a big saucer that painted haunting silhouettes, their arms outstretched to the interior.

‘Close your eyes, little one,’ I said in reassurance. His innocent lids shut out the ghosts. At least the ones that could be seen.

I locked the doors and curled up in the front seat the best that I could.

Hiding from the ghosts.

If you’ve enjoyed these stories and / or just want to leave a comment, please do so below and / or you can email me at morgen@morgenbailey.com, although I won’t (can’t) discuss forthcoming entries unless it’s a general query.