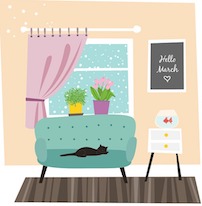 Hello everyone and welcome to the sixty-seventh month of this competition. There were 48 entries from 20 authors for the theme of ‘going to camp’. NB You can all send in three stories for a better chance of being picked.

One was disqualified for being 103 words, another 99 words and a third (unfortunately all from the same author) 97 because there were three ‘camp site’s instead of https://www.lexico.com/definition/campsite. I have to be fair to all authors to correct any errors. Another author’s story ended up being 99 words for ‘camp related quips’ which should have been ‘camp-related…’. Fortunately another story went through. The same happened for a story with ‘egg shells’ instead of https://www.lexico.com/definition/eggshell.

One of another author’s stories had a ‘booked-in’ as a verb (They’d booked-in) where it should have been ‘booked in’ so again disqualified for not being 100 words. Sorry!

The winning stories are ones that I reacted most favourably to. They were clever, surprising, eek-making (in a good way), or gave me a warm fuzzy feeling (without being sickly). Sometimes a story beats another because it has a stronger link to the theme so it’s worth writing a story to the theme rather than tweaking a story you already have to loosely fit it. Alternatively there may have been several stories on with same topic so I chose my favourite of those. With any competition, much rests upon the judge’s preference and it’s usually ones than garner a stronger (positive) reaction that do the best.

*The theme for April is ‘learning something new’ and you can submit your entries (and do send three) at any time up to midnight (UK time) on Friday 30th April. Details and entry forms on https://morgenbailey.wordpress.com/100-word-free-monthly-competition. So without further ado, below are the successful entries this month.

If at the start I knew that when I left everything behind all I would be doing was going to camp, I would not have gone through all the struggles, hardships and pain for next to nothing. I suffered many months struggling blindly through the tightly woven folds in the fabric of war, only to get tangled within the frayed ends of the camp walls. The camp from which I am stuck in. I am labelled as a refugee but I am really just a person seeking scissors. The scissors I need to cut myself free and finally find freedom.

Sarah Robin with ‘Mother and Son’

Several hours had passed when I awoke from my mother’s lap at the sound of distressed voices. The train was slowing down, passing huge mounds of luggage as tall as buildings, and hundreds of soldiers paced the grounds in their green uniforms. The red, black and white flags flapped rhythmically in the wind.
The train finally stopped and the soldiers barked loudly as they approached the train, their guns swinging on their backs. Women started screaming and children cried hysterically.
My mother gripped my leg tightly as they reached our carriage. That was the last time I felt her touch.

Dear Mom and Dad,
Hello from Camp Wann-Tona-Pooa.
I’m writing to inform you of the atrocities that are committed here every day. Last week my roommate, the immature Daniel, decided it would be funny to put ants in my pants, literally.

After three hours in the medical tent, I discovered that my diary was stolen and Monica, my future wife, obtained a copy informing her that I thought she was beautiful. Then, someone hung my dirty underwear (with my name on the tag) up a flagpole for all to salute.
Hope you’re well.
PS. Kiss Bullwinkle for me.
Sincerely,
Charlie

Nicholas Marshall with ‘We’re Off’

Inside the cupboard excitement is growing.
The tent pegs are singing “We’re off to camp today.”
“Don’t forget the painkillers,” says one. “The mallet is brutal.”
“You’re pathetic!” yells the rope.
“Get knotted,” the tent pegs reply.
The cooking pot wakes and says she’s ashamed of her rust.
“Nothing a good scour won’t remedy,” advises the pan.
Some gleaming plates don’t want to get dirty again.
“Don’t worry,” says the chief plate. “Remember we’re dishwasher safe.”
When the cupboard doors are opened the chatter stops.
Everything goes into large bags.
“Oh no,” says a tent peg, “we’ve forgotten the painkillers.”

Derek had been up since sunrise packing camping equipment into the car. Florence watched from the comfort of her armchair. She heard his cheery whistling and shuddered. For the last twenty years she’d endured his idea of a good, cheap, holiday while yearning for hotels with cocktails, and memory foam mattresses.
“Come on, Flo, hurry up!” he shouted.
Florence picked up the large wooden mallet.
“You won’t need that, silly,” he said. “Remember, we’ve got a new pop-up tent.”
She ignored him and swung the heavy object into the boot. She added the cast iron skillet too, just in case.

If you’ve enjoyed these stories and / or just want to leave a comment, please do so below and / or you can email me at morgen@morgenbailey.com, although I won’t (can’t) discuss forthcoming entries unless it’s a general query.