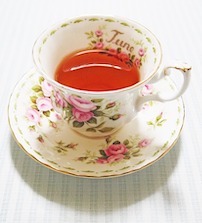 Hello everyone and welcome to the forty-sixth month of this competition. There were 32 entries from 20 authors for the theme of ‘the wrong card’. NB You can all send in three stories for a better chance of being picked – please do as several were disqualified this month…

One was disqualified for only being 98 words, possibly counting a multi-hyphenated word as three instead of one. Fortunately the author had submitted two other stories which were the correct word count. Ditto another two authors who’d not hyphenated pre-noun adjectives, e.g. counting ‘well-known celebrity’ as three words rather than two, so the stories were actually 99 words. Fortunately one author had submitted two other pieces but sadly the other had only submitted the one.

Another story was 97 words where three standalone hyphens had been included in the word count. Tip: if you change – to – Word won’t count it as a word.

This may seem mean on my part but this competition has a strict word count and it wouldn’t be fair on those who were correctly submitting 100-word stories for the errors not to be taken into consideration.

A couple of entrants submitted the same story (or similar, with changes) twice. Another story was 95 words but had a five-word title. 😦 That author also resubmitted the story with five extra words but because it was the same story, it too had to be disqualified. As the rules state, only the first version is accepted. Please don’t submit a story until you’re happy it’s correct. Thank you.

Another story was disqualified for not being to the theme, however hard I tried to work out how it did! It was a shame because it was a really good story, exactly 100 words, and from a new author to this competition, and the only story sent. I hope this author will submit again.

Finally, another story turned out to be 101 words because there were two words separated by … ellipses but with no space between, e.g. ‘fare…as’, which is clearly two words but Word has counted them as one. Another shame because it was again the only story entered by a new entrant.

The winning stories are ones that I reacted most favourably to. They were clever, surprising, eek-making (in a good way),or gave me a warm fuzzy feeling (without being sickly). Sometimes a story beats another because it has a strong link to the theme so it’s worth writing a story to the theme rather than tweaking a story you already have to loosely fit it.

*The theme for July is ‘given the chance’ and you can submit your entries (and do send three) at any time up to midnight (UK time) on Wednesday 31st July. Details and entry forms on https://morgenbailey.wordpress.com/100-word-free-monthly-competition. So without further ado, below are the successful entries this month.

When it is time to pick a card, any card, the bubbly busty blonde in the front row with the saucy smile is his choice.
He flashes the jack of diamonds and breaks out in a cold sweat when she shakes her pretty head. The audience falls silent, as sharks scenting blood. She reaches forward and taps his breast pocket. He draws out the ace of spades. She claps her hands and giggles. The crowd goes wild.
He looks for her after the show but she has pulled a disappearing act along with his wallet, gold watch and diamond cufflinks.

Tears dripped onto the card in her hand. ‘With deepest sympathy,’ it said.
Tears of relief.
They said his boat had capsized during a storm, whilst he was out at sea.
Forty years of drunken abuse ended.
Finally, peace. No more fear. No more hiding her pension money.
A fortnight later, she hummed to the music she had not played in years.
The door opened and he came in.
Unshaven, dirty, stinking of drink.
‘Can’t remember where I’ve been. Fell out my boat, swam to the shore and went on a bender.’
Tears rolled down her cheek.
Tears of grief.

Jody Kish with ‘A Heavenly Mistake’

“Hello? Yes, my husband has items he’d like to donate. That would be great! Our address is 4635 Sand Hill. Thank you. Bye.”
Feeling satisfied, Beth sat the phone in its cradle. Business cards scattered as her arm hit the pile of her husband’s things. A plethora of color scattered before her. Not remembering which one was the number for church donations, she scolded herself for her rush.
“Uh… may I help you? Robert! Someone is here to pick up your donation!” Beth hissed.
His flushed face watched as his wife sped away, leaving a dumbfounded call girl and husband.

If you’ve enjoyed these stories and / or just want to leave a comment, please do so below and / or you can email me at morgen@morgenbailey.com, although I can’t discuss entries unless it’s a general query.

© Morgen Bailey and Bailey's Writing Tips, 2011-2019. Unauthorised use and/or duplication of this material without express and written permission from this blog’s author and/or owner is strictly prohibited. Excerpts and links may be used, provided that full and clear credit is given to Morgen Bailey and/or Bailey's Writing Tips with appropriate and specific direction to the original content. All guest content remains the property of the appropriate author - any reproduction is strictly prohibited without their prior written approval.
Loading Comments...