Today’s book review, is brought to you by Adrian Magson who gave us ‘A Change of Setting’ yesterday and previously talked about planning.

I no longer take review requests but you can read the ones done to-date on book-reviews. Other options listed on opportunities-on-this-blog. So, on to today’s book…

Rocco and the Nightingale

Synopsis: When a minor Paris criminal is found stabbed in the neck on a country lane in Picardie it looks like another case for Inspector Lucas Rocco. But instead he is called off to watch over a Gabonese government minister, hiding out in France following a coup.

Meanwhile, Rocco discovers that there is a contract on his head taken out by an Algerian gang leader with a personal grudge against him.

The novel is available from https://www.amazon.co.uk/Rocco-Nightingale-Inspector-Lucas/dp/0995751013 (change the .co.uk to your country).

Author biography: Adrian is a freelance writer and reviewer, the author of twenty-two crime and spy thrillers, a writer’s help book (at the back of which I get a credit!), a young adult ghost novel and two collections of short fiction.

As many crime novels do, the story alternates between the criminals and police, and poor Rocco has the added complication of babysitting a reluctant African dignitary – accompanied by his bodyguard – with scant support from Rocco’s superiors. Over the course of the novel, we meet a variety of Rocco’s colleagues and a fine array of the underworld’s finest.

As a former dog owner, I liked the comparison between one of the victims and a sheepdog “that didn’t understand what he’s supposed to do. Good at running but crap at following the whistle.” Funny.

Humour is often evident in crime novels, and it’s well known that the police (in real life) make jokes to keep themselves, and their colleagues, sane. Another particularly amusing line was (and I assure you that it doesn’t refer to a child but a man from the Interior Ministry): ‘Rocco wondered if drop-kicking the little tyke down the stairs could be done without losing his job, and decided not. Maybe he could put sugar in his petrol tank… or something stronger.’ (Don’t try that at home!)

There was plenty of conflict – good vs. evil as well as antagonising characters – and well paced.

This is the fifth novel in the Rocco series. I’ve not yet read the previous stories so came to this one as a standalone reader and didn’t feel that I had (a) missed vital information that had already been covered in the previous novels that we should have had here; nor (b) information where it feels it’s been over-explained.

Rocco himself is highly professional and dedicated, wanting to solve the cases he’s involved in (and one’s he’s relieved of). He’s wily, and cleverly outplays a younger colleague without her knowing to suit his end without the reader losing any respect for him because we know it’s in the best interest of the case.

And now for writers…

It was an intricate plot, cleverly weaved, but I didn’t feel lost or confused, the expertise of the author of so many (twenty-two) novels. It was interesting to see how the threads would converge at the end.

Although crime is my favourite genre, I’m not normally a reader of historical fiction. With the occasional reference, e.g. telex rather than fax or email, and characters being threatened with the guillotine, it felt like a contemporary story and for me, an enjoyable read.

If you would like to send me a book review, see book-reviews for the guidelines. Other options listed on opportunities-on-this-blog.

Today’s guest blog post, on the topic of locations, welcomes back Adrian Magson, this time as part of his blog tour celebrating the release of his latest novel Rocco and the Nightingale. My review of Adrian’s novel will appear here (on my blog) tomorrow and you can read Adrian’s previous post on planning here.

A Change of Setting 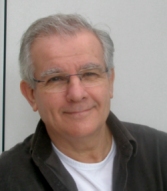 After writing a series of five contemporary crime novels set in London, and the first of a spy thriller series, I thought the idea for the Inspector Lucas Rocco crime series, based in Picardie, France, in the 1960s, had come out of left field. But it was probably in there all the time – it simply had to find a way out.

Most of my writing begins as a punt, often based on little more than a nugget; it might work, it might not. Planning a crime series in rural northern France was certainly a punt, although the setting wasn’t. I went to school there, aged ten, in a tiny village that is the basis for Rocco’s home base of Poissons-les-Marais (I changed the real name because it doesn’t sound very French to English ears), so I know the area. I couldn’t speak French and nobody locally spoke English, which was a bit of a challenge, albeit useful for performing a quick learning curve!

I had a good reason for taking an experienced investigator out of Paris and dumping him in a rural setting, because I didn’t want to find myself simply exchanging London city streets for Paris. In any case, France was expanding its policing initiatives at the time, so the idea fitted quite well.

Part of my thinking for Rocco was being aware of the rising popularity in the UK of European-based crime fiction, rather than UK or US-based, and I wanted to tap into that market if I could.

Placing it in the sixties was a challenge technologically (how many times did I want Lucas reaching for his mobile or tapping into the internet!), but it made the research and fact-checking fascinating because France, like the UK, was going through very interesting changes at the time, and I wanted to use a backdrop of historic events of the time on which to hang the story.

In the case of the first in the series – ‘Death on the Marais’ – that backdrop lay in echoes of France’s Indochina war, in which Rocco and his boss, Commissaire Massin had both served, and which brings to the books an atmosphere of tension between the two men, and similarly the connections between a WW2 resistance fighter and a now highly-placed industrial figure with secrets to hide. In ‘Rocco and the Nightingale’, the fifth and latest book, it was the re-emergence of a gangster figure from Algeria’s independence and the rise of a criminal empire based in Paris that formed the backbone, as well as being a revisit of an earlier Rocco title.

Although the area and people are based on personal knowledge, Rocco came fully formed. He’s tall, dark and wears a long coat out of habit, likes English brogues and drives a Citroen Traction Ariane. All this makes him stand out among the locals, where horses are still used for farming and he doesn’t (yet) have running water, but a garden pump that needs priming in cold weather. Part of his struggle from book one is coming to grips with being out ‘among the cowpats’, as a former colleague puts it, and his interaction with the local villagers and villains.

But that was also part of the pleasure in the writing. If it isn’t fun, it’s not worth doing.

I love it when settings are so vivid and absolutely, writing should be fun. If it isn’t, the reader will know.

Adrian is a freelance writer and reviewer, the author of twenty-two crime and spy thrillers, a writer’s help book (at the back of which I get a credit!), a young adult ghost novel and two collections of short fiction.

© Morgen Bailey and Bailey's Writing Tips, 2011-2019. Unauthorised use and/or duplication of this material without express and written permission from this blog’s author and/or owner is strictly prohibited. Excerpts and links may be used, provided that full and clear credit is given to Morgen Bailey and/or Bailey's Writing Tips with appropriate and specific direction to the original content. All guest content remains the property of the appropriate author - any reproduction is strictly prohibited without their prior written approval.
Loading Comments...