Today’s guest blog post, on the topic of dialogue, is brought to you by novelist and short story author Kristen Bailey.

Putting Words In Their Mouths – How I Write Dialogue 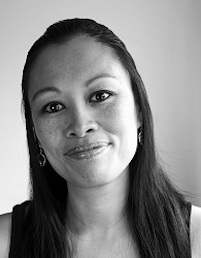 When I was little, I was always slightly in awe of the cinema. I was a child of the eighties, when films were always a big event and I spent many hours with my sister and brother watching films over and over again until the video tapes sometimes snapped. It didn’t stop there, we would re-enact them, and commit a vast repertoire of classic lines to memory. I would like to say I’ve matured a lot since then, but still now Sunday lunch will be spent with the three of us quoting entire scenes from films that no-one else has seen, to the despair of my parents who wonder where they went wrong raising us…

It’s why I often think I’m obsessed with dialogue when I write. It’s the part of writing I actually love the most as it gives my characters life and purpose. By rights, this means I should probably be a screenwriter but instead I write contemporary women’s fiction where dialogue always features heavily and which often has to have an acerbic comedy edge to it. Does this mean my work is brimming with one-liners and jokes? Not really, and especially when it comes to dialogue. Few people speak like stand-up comedians and I know immediately if I’ve forced a joke in my dialogue as it will feel unnatural on reading it aloud. A lot of comedy is actually in the delivery and the situation, but it’s also not always explicit. It can be observational or paired with the reaction of someone’s inner thoughts. An editor once gave me the good advice to limit the amount of swearing I used in dialogue too. Saying ‘f***’ a lot can be amusing but can be jarring to read in print. It’s far funnier to be inventive instead: consider the usual ‘f****** hell!’ and how a replacement like ‘mother of arsebiscuits!’ is more memorable yet equally as impactful.

In both my novels, Souper Mum and Second Helpings, I also gave myself the challenge of tackling a variety of dialects; Tommy McCoy is a Mockney TV chef, Jools’ husband, Matt is Scottish, his mother Italian, Cam is American and Remy, Luella’s husband is French. Why not just ensure all my characters are from South London? Well, where would be the fun in that! I think it’s a tribute to my background and line of work. I’ve always loved, listening to the way that people talk; the intonation, the rhythm, the dialect that sets any one speaker apart from another. I trained and worked as a teacher of English as a foreign language so have always been fine tuned into listening to people’s accents but it’s also something I grew up with having a Singaporean mother and Guyanese father. Of course, authenticity is key here, so when writing dialogue in dialect I always read it aloud. My husband knows this better than most as he often wanders into a darkened room confused as to why I’m doing bad impressions of Shrek…

Inspiration to write dialogue can come from different sources too. I am admittedly a bit nosy and a great eavesdropper, nothing gives me greater joy than being sat on a crowded train and being inspired by two drunk people having a conversation about nothing. Because sometimes conversations have no purpose, their credibility is in their normality. In Second Helpings especially, there are scenes between Matt and Jools littered with incomplete sentences and a conversational ‘shorthand’ that is often evident between couples who have lived with each other for so long that they implicitly know what the other is talking about. In these scenes, economy is key: the prose takes over but I annotate the action with periods of comfortable silence too.

However, I’m still a TV/film addict too. I believe some of the best writing today is on television, and hearing dialogue being read out, as it should, can give you such great clues into how people really speak. Orange is The New Black has some of the best one-liners I’ve ever heard, the dialogue is not only slick but the comedy comes with how quick they spew out those lines, one on top of the other. For comedy inspiration, I always go back to shows like New Girl, Sex and the City, Modern Family and anything by Graham Linehan.

So, in a nutshell, these are all the things that I believe have pushed and inspired me to write better dialogue. It is, as always, a learning curve when it comes to my writing. But for now, it’s part of the pleasure of creating stories and literally putting the words in my characters’ mouths. I’d be interested in hearing how others do the same? Do you always read aloud your characters’ words? What inspires you to write better dialogue? What are some of the best examples you know of in fiction?

Thank you, Kristen. That was great.

Mother-of-four, gin-drinker, binge-watcher, receipt hoarder, hapless dog owner, enthusiastic but terrible cook. Kristen lives in Fleet, Hampshire in a house overrun by Lego and odd socks. She has had short stories published in Mslexia, Riptide Journal, and was one of the runners up in the Miss Write writing competition run by Waterstones and Little, Brown Books. Her debut novel, Souper Mum was released by Accent Press in June 2016 and its sequel, Second Helpings was released on 17th November.

She writes a blog about being a modern mother. That and more can be found at: www.kristenbaileywrites.com.You can also find her on Twitter/Instagram: @baileyforce6. And now more about her books…

Souper Mum is the story of Jools Campbell, a stay-at-home mother of four, who becomes an unlikely foodie hero when she stands up to a pompous celebrity chef, Tommy McCoy on a reality show.

Armed with fish fingers and a severely limited cooking repertoire, we watch as she becomes a reluctant celebrity and learns some important life lessons about love, family and the joyless merits of quinoa.

Exactly eighteen months after squaring up to a pompous TV chef, Jools Campbell finds herself back in the fame game as she becomes a judge on a family cooking show. How will she cope being back in the limelight, juggling being a working mum? What happens when she finds out her old nemesis, Tommy McCoy is her fellow judge? The knives are sure to fly as ‘Souper Mum’ makes her triumphant return.

And you can buy them from…

I wrote a crime lad lit novella (48,000 words) called Hitman Sam in 2008 and over the years, edited it, left it to marinate, re-edited it, put it back, then finally this year (2016), I edited it again and sent it to my beta readers who were kind enough to give me their feedback which led to more alterations and finally, on November 2nd, it was published!

It is available for 99c / 99p (or the equivalent in your country) via http://mybook.to/HitmanSam (links to Amazon in your country) or directly via Amazon.co.uk, Amazon.com etc. but before you rush over to purchase this quirky novella, do read on to find out more about it…

Blurb: Newly-redundant software designer Sam Simpson is looking for a new adventure – a cryptic advert in his local paper gives him that, and more. With two women vying for his affection, going behind their backs isn’t the smartest things he’s ever done.

This follows on just a month after my crime mystery novella, After Jessica, was published. Yay! Details below…

The second book I wrote, back in 2009, was After Jessica, a crime mystery novella published in October 2016. You can download this novella for just 99c / 99p via http://mybook.to/AfterJessica (which links to the Amazon page in your country) or directly from Amazon.co.uk or Amazon.com etc.

Tagline: Wind up his late sister’s affairs, Simon gets more than he bargains for.

Blurb: Jessica is an ordinary girl who comes across extraordinary circumstances and pays for them with her life. As well as identifying her body, her brother Simon then has to wind up her affairs but gets more than he bargains for. Who is Alexis, and why are Veronica and Daniel searching for her? Why is there a roll of cash in Jessica’s house, and what’s the connection between Simon’s sister and Alexis?

5 thoughts on “Guest post: Putting Words In Their Mouths – How I Write Dialogue by Kristen Bailey”

© Morgen Bailey and Bailey's Writing Tips, 2011-2019. Unauthorised use and/or duplication of this material without express and written permission from this blog’s author and/or owner is strictly prohibited. Excerpts and links may be used, provided that full and clear credit is given to Morgen Bailey and/or Bailey's Writing Tips with appropriate and specific direction to the original content. All guest content remains the property of the appropriate author - any reproduction is strictly prohibited without their prior written approval.
Loading Comments...
Comment
×
%d bloggers like this: